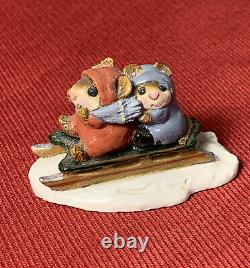 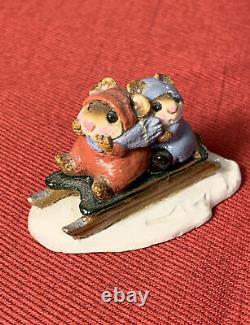 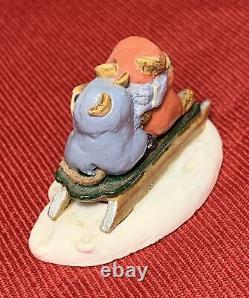 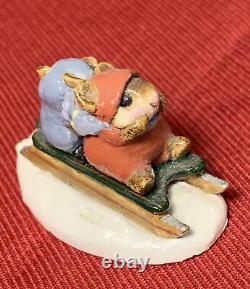 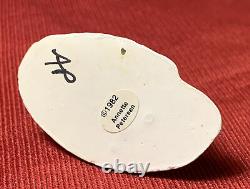 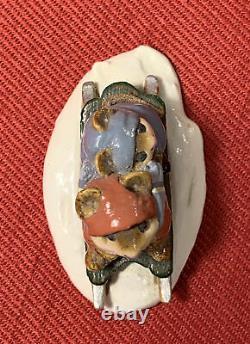 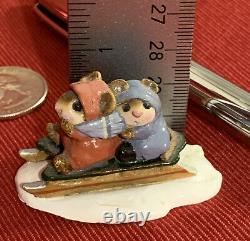 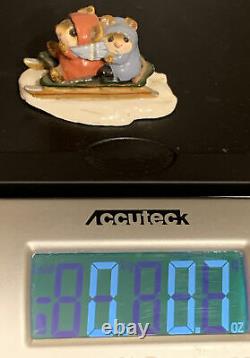 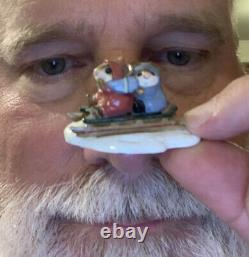 Wee Forest Folk® is a small family business in Massachusetts that delights in producing a line of miniatures, most of which are mice! Wee Forest Folk has been creating these enchanting little works of art for over 46 years!

A Wee Forest Folk mouse begins as an original clay piece which is hand sculpted by one of three sculptors in the Petersen family. The finished sculpture is molded and hand cast at the "mouse factory" in Carlisle, MA. Carefully selected artists flawlessly paint each one by hand bringing to life a sweet little mouse personality. Wee Forest Folk began as a cottage industry in 1972 and it continues to this day. Created, produced and copyrighted by the Petersen family, it all began in Annette Petersen's old-fashioned kitchen on a farm in Concord, Massachusetts - the birthplace of American Independence.

Growing up near Central Park, Annette spent many hours in the Museum of Natural History, getting lost amongst the rooms and imagining life outside the hustle and bustle of New York City. After marrying and moving to New England, Annette's dream of living on a farm in the country came true. She and her husband raised a family of three and although she had no formal training in art she was always creating things of beauty around the home. She painted pictures from nursery rhymes on the walls of the children's playroom and decorated a dollhouse with her handmade furnishings. To help make ends meet, Annette combined her love of nature and its creatures with her imagination and natural artistic ability to make owls crafted from stones to sell in local shops.

She also made other little woodland critters. Her first mice were made of bread dough, but they didn't last very long - nibbled by the real thing, of course!

Eventually she learned to sculpt her little friends in clay and cast them in a more durable casting stone. Her first mouse named Miss Mouse, of course! With her bonnet and basket was created and thus, Wee Forest Folk was born!

Growing up surrounded by their mother's creative influences son, Willy and daughter, Donna began to develop their own artistic talents. After graduating from college in the late 1970's, both joined their mother's enterprise and the next generation had begun! All three family members have their own style as sculptors and are very supportive of each other's creative endeavors. The Petersens' feel especially grateful to have the opportunity to use and express their creativity in making these tiny and charming mouse miniatures and they extend their warmest appreciation to all of their collectors. Wee Forest Folk® is proudly handcrafted entirely in the USA.